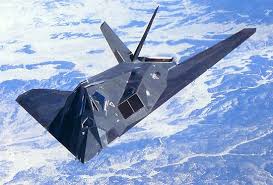 The U.S. Air Force has begun a major transition from Windows XP and Vista to Windows 7. When the process is complete in December 2011, all of the service’s 600,000 desktop and laptop computers will be upgraded.

Speaking at a Pentagon press briefing on Nov. 2, Air Force Chief Information Officer, Lt. Gen. William Lord described the process as “a daunting task.” He added that the transition is not really a technical challenge so much as a user experience issue.

When the Air Force moved from Windows XP to Vista, Vista provided the service some “very good” security fixes, Lord noted. However, the security features also made deployment more difficult, he said.

One of the Air Forces’ goals for managing the migration to Windows 7from Windows XP and Vista is to make it seamless or “almost real time,” said Lord. The migration will provide users with the benefits of Vista’s security features without forcing users to experience the inconvenience of an extended transition. For personnel using Vista, which is the majority of the service, the transition will be nearly transparent.

Windows XP users will see more changes. There is good and bad news in this process, said Lord. The good news is that Windows 7 will provide many new features, but the downside is that the transition from Windows XP to Windows 7 will force users to change all of their computer settings. “Just when they have their machines set up exactly the way they want it, we push a change,” he said.

Due to the major differences between Windows XP and Windows 7 software, Air Force officials anticipate a higher level of support and help desk requests. In an Air Force news release, Col. Mark Ware, director of operations for the 24th Air Force, explained that the upgrade is also tied into the acquisition of new equipment. In the statement, Ware said that with the implementation of Standard Desktop Configuration 3.1, newly purchased equipment must support Windows 7, and that that hardware will have the operating system loaded on delivery to the customer.

The Air Force needs about six to nine months to roll out a new operating system across the service, Lord said. There are about 19,000  applications running on the network, all of which can potentially experience problems when a major upgrade is implemented. “The process takes a long time because we’re trying to make sure that we fix each of applications,” he said.

Besides upgrading to Windows 7, the Air Force is also looking as IT consolidation as an efficiency and cost saving measure. By cutting the number of applications from 19,000 to 10,000, Lord said the service expects annuals saving of between $600 to $800 million by not having to maintain legacy connections.

The other services will also either migrate or are considering the possibility of moving to Windows 7. NextGov reports that the Navy is planning to migrate desktop computers connected to the Navy Marine Corps Intranet to the new operating system in January 2011. But the Army will continue using Vista for the time being, although it is testing Windows7.