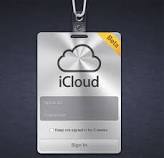 Apple’s Steve Jobs extended his company’s technology in a new direction today by announcing iCloud, a service that means music, photos, and documents saved onto an Apple device will soon appear almost instantly on any other Apple product that a person owns.

“Apple’s iCloud works in the background to keep music, photos, and documents in sync across all Apple devices, mobile or otherwise,” said Jobs. He announced the new service at the annual WWDC conference, an event aimed at developers who create software for Apple products. New versions of Apple’s desktop and mobile operating systems, OS X Lion and iOS 5, respectively, will contain iCloud and move it to the heart of the company’s. Lion is to be released next month and iOS in the fall.

Contrary to many expectations, iCloud will not make it possible for people to stream music purchased on iTunes over the airwaves from any device—leaving it short of a feature found in recently launched services from Amazon and Google. However, iCloud’s capabilities extend beyond music and will become a central feature of all Apple products. Apple’s previous cloud service, MobileMe, “no longer exists as a product,” said Jobs.

When an iCloud user takes a photo or saves a document with an Apple device, that file is instantly uploaded to iCloud over either Wi-Fi or the cellular network. That person’s other Apple devices then automatically download the file as soon as possible. That means someone taking a day trip can take photos on an iPhone and then flip through them on their iPad as soon as they return home. Contacts and calendar items will behave in the same way. Users will get five gigabytes of free storage for documents, mail, and apps. Photos will only be stored in the cloud for 30 days.

After iCloud rolls out, music purchased on iTunes will also automatically appear on every Apple device associated with a person’s Apple account. It will be possible to selectively download previously purchased music to any device, too. “This is the first time we’ve seen this in the music industry—no charge for multiple downloads,” said Jobs. This is likely possible due to the deals Apple reportedly struck with the major record labels in recent weeks.

Music ripped from CDs will also find a home in iCloud, with future versions of iTunes, for a flat rate of $24.99 per year. It will scan music files and then offer up high-quality replacements from the iTunes store. The service will accommodate a maximum of 20,000 songs.

“This take minutes,” said Jobs. “We’re scanning and matching your library, so we don’t need to upload it.” Only songs that cannot be matched on iTunes will be uploaded. In contrast, cloud music services from Google and Amazon require a person to manually upload their past music files, he pointed out, a process he claimed would take most people “weeks.”

Jobs boasted that iCloud was a significant victory in a long battle for Apple. “A lot of us have been campaigning for years to get rid of the file system,” he said, saying that iCloud makes it possible for apps to simply show users all of their documents, songs, or photos, without any need to consider the location of files on disk.

However, iCloud requires users to manage their devices in new ways. For example, only the last 1,000 photos uploaded to iCloud will be synced with iPhones, iPads and iPod touches, and a user must take action to protect any image from being deleted as a result. The iCloud service will also only make photos available for syncing for only 30 days.

At WWDC, Jobs also introduced the latest version of OS X, which makes using a laptop feel more like using a phone or tablet. Many functions—such as scrolling, flipping through photos, or moving backward and forward through a browser’s history—can now be done with multitouch gestures instead of the more traditional point, click, and drag.

The combination of iCloud with Apple’s coming mobile operating system will allow make its mobile devices more like standalone computers. Users will be able to activate and operate iPads and iPhones without ever needing to connect them to a computer running iTunes.

“We’re living in a post PC world,” said Scott Forstall, Apple’s SVP for iOS software, who shared the stage with Jobs. “If you want to cut the cord, you can.”

Forstall said that many of Apple’s customers were now people without computers who wanted their iPad or iPhone to be their only device.