In September, Elton John plans a farewell tour, in which he will visit five continents and will hold about three hundred concerts. Knowing about the great love for bright images and Elton’s originality, everyone, of course, was interested in the question, who will be the designer of scenic images? The fact that this lucky Italian designer Alessandro Michele became known in January, and a couple of days ago the singer officially confirmed the news by publishing on his page in Instagram a joint photo with Alessandro Michele. The caption under the photo reads My brilliant friend. Information about cooperation appeared in the September issue of British Vogue, with which the singer shared his creative plans, talked about friendship with the designer, and also why Alessandro Michele will become the creator of scenic images for the farewell tour.
“I’m obsessed with him, I’m obsessed with his clothes, I’m obsessed with what he does,” – so the singer comments on the creative director of Gucci. The singer told how much his friendship with the designer is dear to him, and calls him his twin.
“Alessandro and I are twins. I am much older, but I found someone who is the same as me: who loves beauty, collect things, who have “the eyes of the magpies”. I am very glad that he came into my life. His clothes filled my home with happiness.”
The friendship between Alessandro and the singer began with the arrival of the first in the fashion house as the creative director. Michele grew up on the music of Elton John and always admired his bold images. “When you work in fashion, you always come across the photos of Elton and David Bowie from the 70’s: the brightest guys in the world. He strongly influenced my work, I’m a big fan of that era. Elton was the biggest dream that came true, and I did not even plan it, “says Alessandro Michele.
Such stories make us believe in true friendship, and we very much hope that this creative tandem will surprise us with interesting projects more than once. 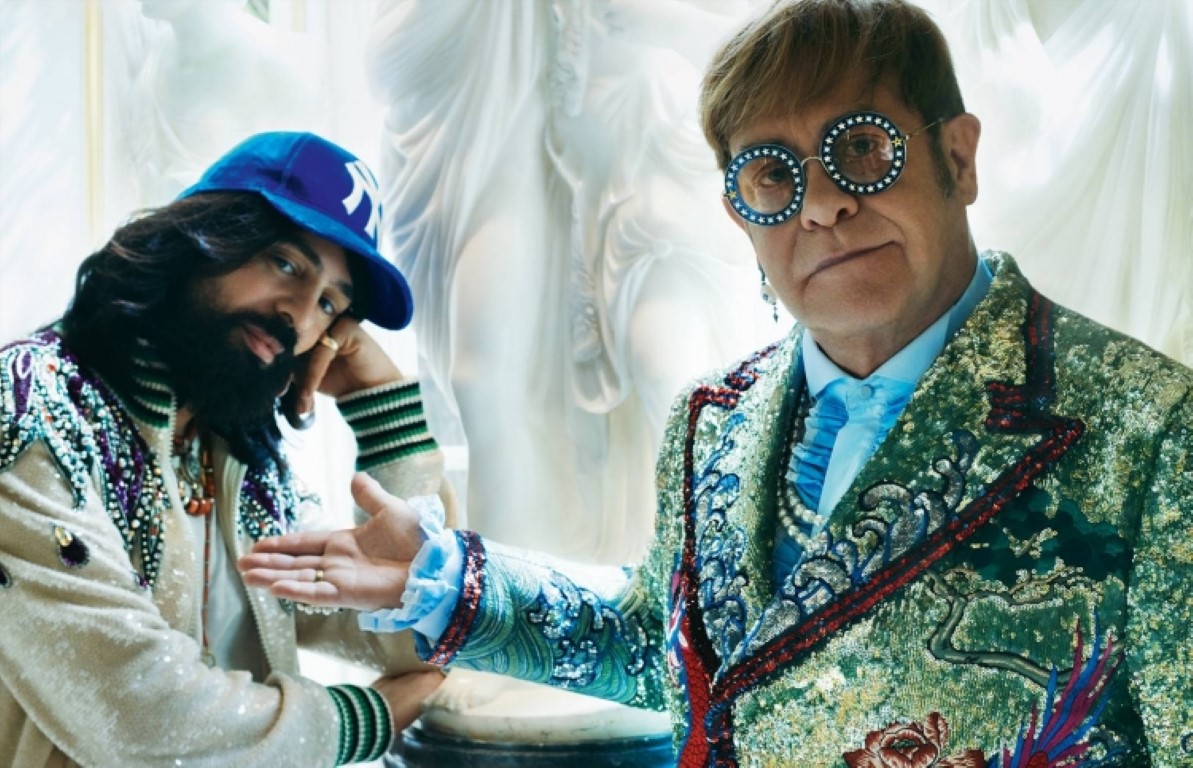