An unnamed British dairy farmer said he used milk from a cow produced from a cloned parent, the New York Times has reported. 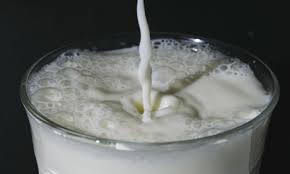 Foodstuffs produced from cloned animals must get approval before being sold, according to the Food Standards Agency.

The FSA said it had not approved the milk, labelled a “novel food”, and would investigate.

The agency, which is the UK body responsible for the assessment of so-called novel foods produced by cloned animals and their offspring, said it had not been asked to consider any such cases.

A spokeswoman said: “Since 2007 the FSA interpretation of the law has been that meat and products from clones and their offspring are considered novel foods and would therefore need to be authorised before being placed on the market.

“The agency has not received any applications relating to cloning and no authorisations have been made.

“The agency will … investigate any reports of unauthorised novel foods entering the food chain.”

The RSPCA is one of a number of organisations that opposes cloning for food production, with the charity’s opposition on animal welfare and ethical grounds.

“Cloning has huge potential to cause unnecessary pain, suffering and distress which cannot be justified by purely commercial benefits,” a spokesman said.

“Food from cloned animals may seem a tasty option for some, but it leaves a distinctly bad taste in the mouth when it comes to animal welfare.”

He added that cloning was “inefficient” and – if it became routine – could “greatly reduce genetic diversity within livestock populations, increasing the chances of whole herds being wiped out by disease”.

Dr Brendan Curran, a geneticist at Queen Mary University of London, told Sky News he had no health concerns over food from cloned animals.

“A healthy animal will give you healthier milk. I’m less convinced of the ethics of it. I can see a good argument for animal welfare people being very concerned because it has to be done under really strict conditions and in a very compassionate way for the animal,” he said.

“But after the animal has been born and it has become an adult I don’t see any problem – they reproduce normally, they do everything normally.”

Peter Stevenson, chief policy adviser at Compassion in World Farming, said the reports were a matter of great concern.

“The US seems to be very much moving towards permitting this. We believe that here in the UK and the rest of Europe we need to take a different position. There’s not an issue necessarily about harm to the consumer, I mean quite honestly there’s just not enough necessarily known about the food safety aspect, but there’s huge harm to the cows.”

Last month MEPs voted in favour of a law that would ban cloned meat and other animal products in the European food supply.

The legislation faces a next stage of consideration in September before it could become EU law.

In the US, the Food and Drug Administration said in 2008 that meat and milk from cloned animals was safe for human consumption.