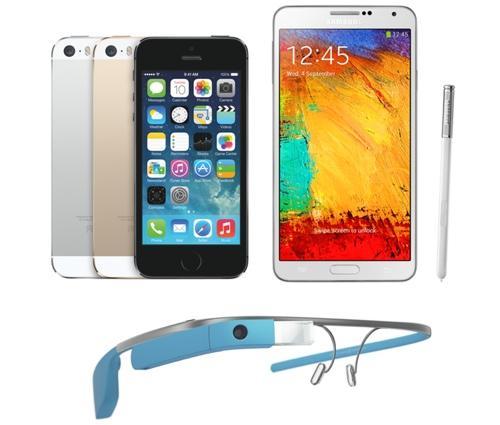 The world of consumer technology is full of incredible products that are well worth buying. And then there are those products that you’re better off leaving on the store shelf. Whether it’s because there’s a newer version on its way, or because it’s just not quite ready for prime time, some products aren’t worth spending your hard-earned cash on.

These seven gadgets represent some of the most noteworthy devices on the market. And though they may at one time have been the best around, or could someday be the hottest gadget on the planet, right now, you’re better off passing. 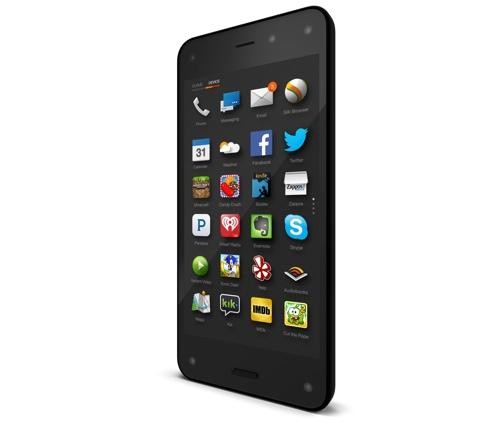 Amazon’s first smartphone, the Fire Phone, offers plenty of eye-catching features thanks to its slick gesture controls and cool 3D-style Dynamic Perspective head-tracking display technology. And with its included Firefly app, you can quickly identify nearly any physical product, song, or show and quickly purchase it through Amazon.

But the Fire Phone’s 4.7-inch screen has a lower resolution than other leading smartphones. And, at 5.6 ounces, the Fire Phone is surprisingly heavy for such a small handset.

Amazon’s Appstore also has fewer apps than Google’s Play store and Apple’s App Store. And though its one free year of Amazon Prime is enticing, the fact that you can get the Fire only on AT&T will be a turn-off to some consumers.

If you’re a huge fan of Amazon and love the phone’s wild features, the Fire Phone might be for you. But for most smartphone users, you might want to hold off until Amazon’s second-generation Fire Phone, or just grab an iPhone or Android device.

Advice: The Amazon Fire Phone just isn’t compelling enough to replace your Android device or iPhone. We’d wait to see what the second generation has to offer. 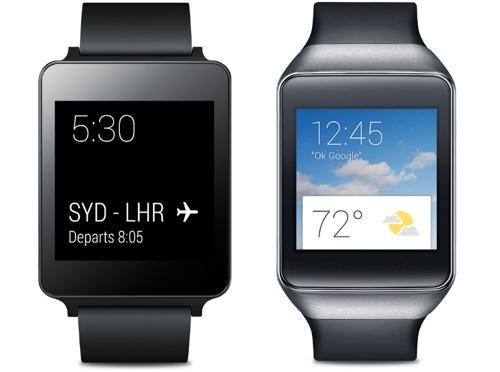 Google’s Android Wear watches, which include the LG G Watch and Samsung Gear Live, as well as the upcoming Motorola Moto 360, offer glimpses into what the future of smartwatches has to offer. They connect to your smartphone and provide you with updates and alerts for nearly all your apps, and can even check your heart rate.

The Android Wear software was just announced this summer, and these are the first devices to run it. As with many first-generation devices, there are quite a few kinks to work out of these watches. Their batteries last only a day before needing more juice. You can’t view your past notifications once you swipe them away, and they often require you to look at information on your phone. What’s more, the Gear Live and G Watch are fairly unattractive squares.

There’s hope for the sleeker-looking Motorola Moto 360, which has not yet been released and which promises a few tricks of its own. But until Google improves on what Android Wear can actually do, you’ll want to hold off on buying one of these watches.

Advice: Android Wear watches aren’t ready for the big leagues just yet. Wait for Google to add more useful features before shelling out for one of these. 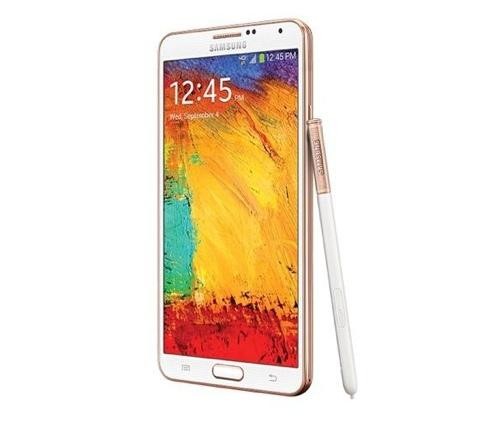 There’s nothing wrong with Samsung’s Galaxy Note 3, per se. It’s a powerful smartphone with a massive battery. And if you’re looking for a handset with a gorgeous, huge screen — the Note 3’s tops out at 5.7 inches — this may be the perfect phone for you.

The thing is, Samsung is expected to reveal its Galaxy Note 4 during a press event scheduled for Sept. 3, and that phone will likely have a sharper display, stronger performance, and a host of new features. So hold off for a few weeks and see what the Note 4 has to offer.

Advice: The Galaxy Note 4’s release is reportedly less than a month away. Wait to see what that has to offer before spending your cash. 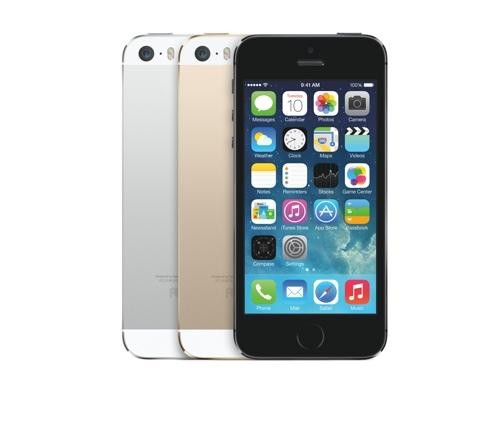 Just in case you’ve been living in a cave, Apple is expected to announce a new iPhone, the iPhone 6, next month — on Sept. 9, to be exact. And here’s the thing: The iPhone 6 will likely be a huge departure from Apple’s previous smartphone offerings.

We’re talking a much bigger screen that measures 4.7 inches (a 5.5-inch version is also rumored) as well as a slimmer design. There are even rumors that the iPhone 6 will get a much-improved camera and a larger battery.

Even if none of that interests you, once the iPhone 6 is released, the iPhone 5s will drop $100 in price.

In other words, wait for the iPhone 6.

Advice: If you’ve waited this long, you can wait a few more weeks to get the iPhone 6, or at least a discounted 5s. 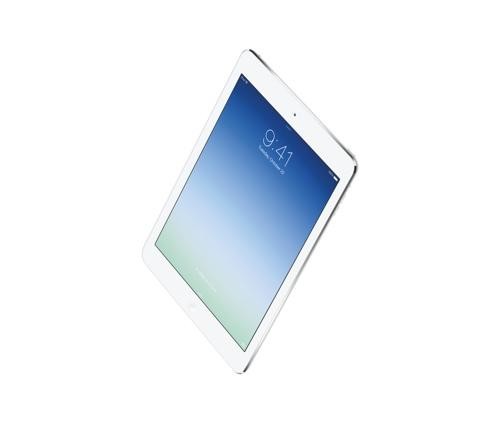 Like the iPhone, Apple’s iPad Air is also expected to get an upgrade in the coming months. Though rumors surrounding the upcoming iPad aren’t as solid as those for the iPhone 6, the Air is said to be launching sometime by the end of this year. The new Air will likely get an improved processor, an upgraded camera, and may feature the TouchID fingerprint reader found on the iPhone 5s.

All of this is to say: If you don’t need an iPad Air right now, wait for the next one to come out. You’ll be happy you did.

Advice: Rumors of a new iPad Air are gaining steam, with some reports hinting that it could drop this fall. Why not wait until then to get one? 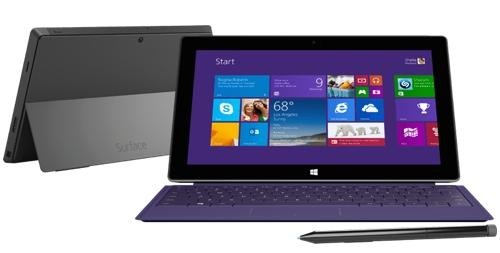 Microsoft’s Surface Pro 3 just hit the market, but the Windows maker is still selling leftover Surface Pro 2 units. The thing is, both tablets cost $799. Of the two, the Pro 3 is the better device. It features a larger, sharper display; slimmer design; and improved kickstand. What’s more, both tablets have the same amount of storage space — 64 GB.

The only reason you may want to buy the Surface Pro 2 is because it has a slightly faster processor than the Pro 3. But when you compare that to the Pro 3’s overall benefits, it’s easy to see why you should leave the Pro 2 on the store shelf.

Advice: Sure, the Surface Pro 2 has a bit more powerful processor, but the similarly priced Surface Pro 3 has a better screen, a thinner design, and an improved kickstand. Get the Pro 3.

7. Google Glass
Google’s Glass headset is one of the rare gadgets that manage to transcend the tech world and capture the attention of the general public. It lets you shoot photos and videos, browse apps, and even get messages without ever having to pull out your smartphone. 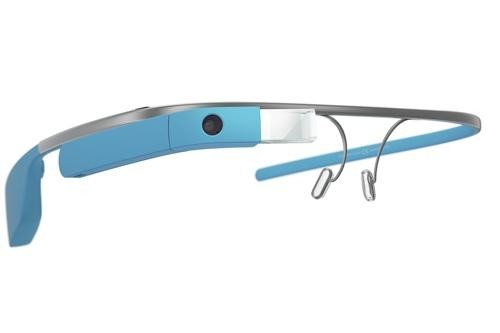 It’s also not worth getting if you’re a general consumer. Sure, Glass is cool and a heck of a conversation starter, but it’s also rather limited in its overall functionality. Oh, and did we mention it costs a hefty $1,500?

If you’re an app developer or someone who needs to have all the latest gadgets and has the money to spare, Glass may be for you. For the rest of us, it’s just not worth the money.

Advice: It’s one of the most talked-about gadgets in the world, but it’s still being beta tested. Unless you’re an app developer, you should pass on Glass.