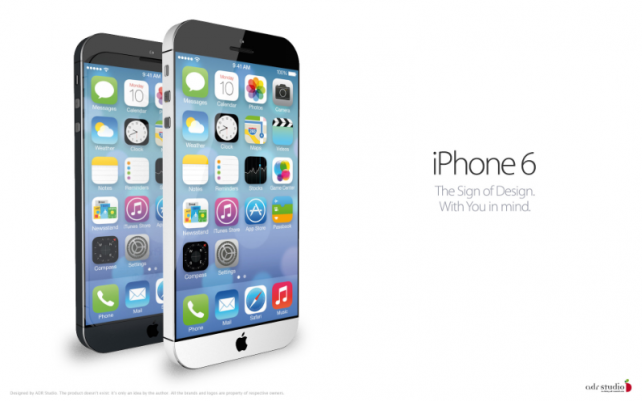 In 2012, after five generations of iPhone, Apple switched up the size of their flagship smartphone. Rather than sporting a 3.5-inch display, as it had for five years, the iPhone 5had a 4-inch display making it longer, thinner and lighter than any generation before it.

This year, it’s entirely possible that the same shift will occur, with reports suggesting that Apple is working on two separate models, a 4.7-inch version and an XL 5.5-inch version.

So is designer Federico Ciccarese, who has put together these concept designs for larger screened iPhones with metal frames.

Of course, there’s no guarantee that Apple’s iPhones will look anything like this. They may very well keep the flat back design language of current models, rather than Ciccarese’s curve (which is likely in homage to the much-beloved iPhone 3G and iPhone 3GS).

Plus, the edge-to-edge display is a bit of a stretch.

But rumor season for the iPhone has only begun — now is the time to dream big.